RENAULT SCENIC: INVENTION AND RE-INVENTION - Designed from the Inside Out (episode 1)
CSP Webmaster | 2021-05-20 | Source: Group Renault 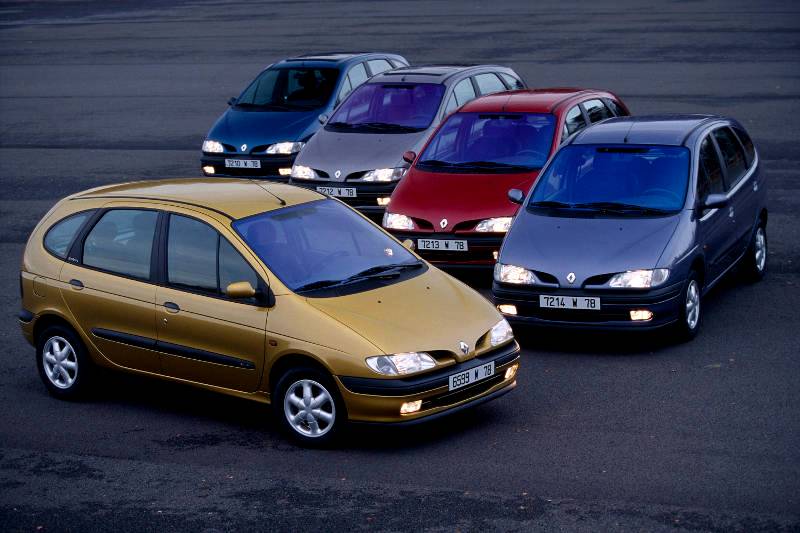 With Renault Megane Scenic 1, colors were queen
The chance to design a vehicle from the inside and working outwards only comes along once in one’s life-time. 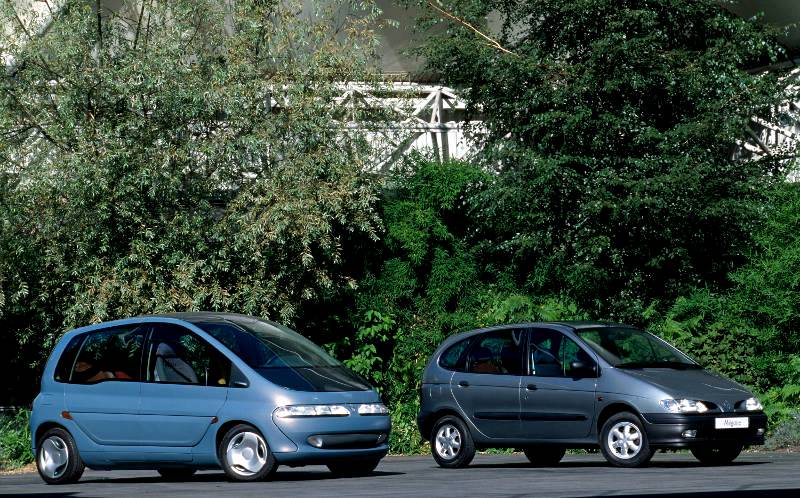 The Scenic Concept a.k.a “An invitation to Travel” aside Renault Megane Scenic 1
As the inventor of the first MPV in 1984 with the Espace, it does it again in 1996 by designing the first compact MPV on the market. A vehicle with a passenger compartment filled with innovations. 25 years ago, Louis Morasse was the interior designer on the Megane Scenic program. He tells us how this model was designed from the inside out.

In 1991, Renault presents the Scenic concept car, a.k.a. ‘An Invitation to Travel’ to the public at the Frankfurt Car Show. A compact MPV in the shape of a hyper-innovative ‘cocoon car’ that would give rise, five years later, to the first compact MPV on the market: the Megane Scenic. Now known as the Scenic, this inimitable best-selling model would become an icon. Designing it was a blessing for the designers of that time.

The Scenic Concept a.k.a “An invitation to Travel” aside Renault Megane Scenic 1
A PROJECT UNIQUE OF ITS TYPE

In the 90s, the Espace then the Megane Scenic were the champions of the car for living at Renault. It must be said that the specifications for the future Megane Scenic were very clear in the minds of the project designers, including Louis Morasse: each passenger had a right to their own seat, light levels were crucial, the seat position was high to give a better view of the road, everything was done for the on-board experience. To sum up, Renault MPVs had to take people on a voyage, both figuratively and literally!

With such ambitions, the Megane Scenic project was unique: the vehicle would be designed from the inside, working outwards. Interior engineering was born.

The exterior line of the Megane Scenic was firmly of its time, with ellipses, gentle rounded shapes. The relationship with the Megane was carefully cultivated.

“With Scenic, every passenger had priority. It was no punishment to be seated in the back in a Scenic”, said Louis Morasse.

At the time, the fashion was for GTi saloons, cars that were designed for the driver. However, the Megane Scenic was aimed at families. At Renault, the designers took up the challenge of giving priority to all the passengers. So, the interior included five individual seats, an unusual degree of modularity, a host of storage compartments and a voluminous boot. The double inner floor hid the transmission tunnel to give a flat floor. This feature was not merely aesthetic: it allowed lots of hidden storage compartments and a raised position for passengers and driver alike, thus guaranteeing visibility and increased safety, both active and passive. The success of the Megane Scenic would be immediate and resounding. In 1999, this model becomes independent with the adoption of the name Scenic.

In 2003, the second generation Scenic became a range as the only MPV in the compact segment to offer 3 versions: a short 5-seater version at 4.30 m and two long Grand Scenic 5 or 7-seater versions at 4.50m.

Inside, the Scenic 2 reinforced the genius of its elder brother with the addition of a sliding central armrest, central instrument panel with digital display, centre console with raised gear lever, and over 91 litres of storage space throughout the passenger compartment. Light flooded through the windscreen and panoramic sunroof to increase the spacious feel of the interior.

With the third generation, which appeared in 2009, the spaciousness was unparalleled. There were 92 litres of storage space, whilst knee-room for the second row and space for the third row were at the top in the category. Flexibility was pushed to the limits with a fold-flat second row and front passenger seat. Light levels and visibility were boosted by the set-back windscreen pillars. The passenger compartment was bathed in light.

“We were at the highpoint of cars for living in the 90s at Renault. We really did want a true family vehicle with a place for everyone”, recalls Louis Morasse, who helped to reach this summit. 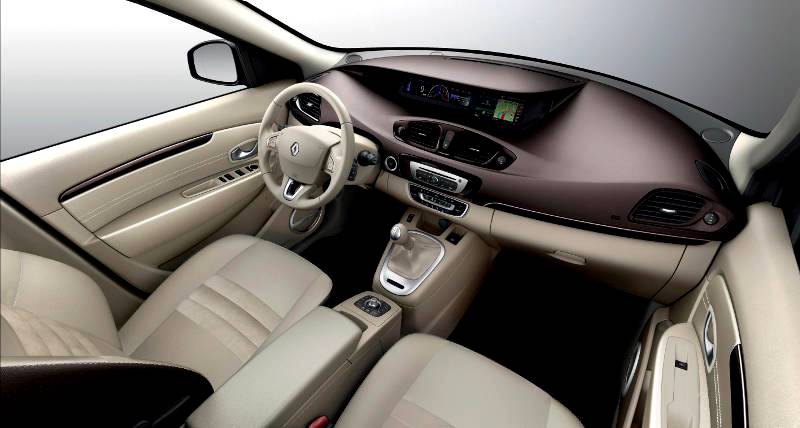