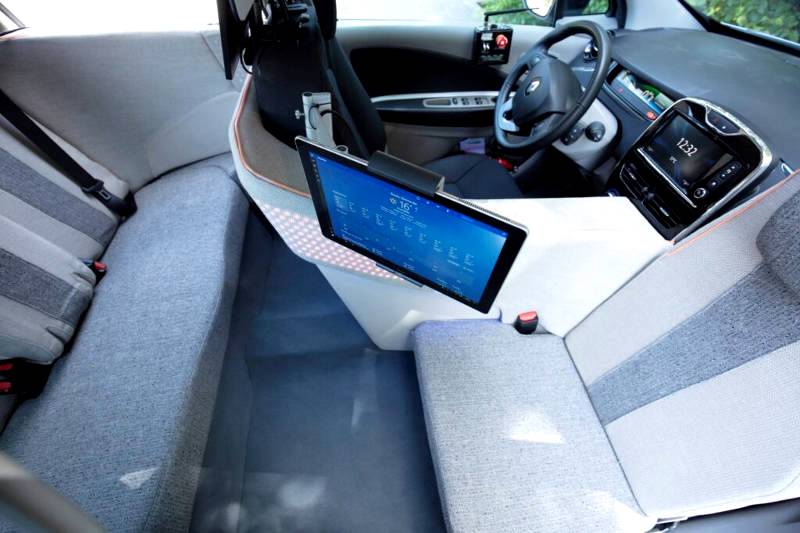 Renault Group kicks of new testing phases in Paris-Saclay and Rouen
Since 2017, the Renault Group has been working with both public and private partners to experiment with Renault ZOE Cab prototypes for autonomous, electric, shared, and autonomous ride-hailing mobility services. The objective of these programs, part of the nation-wide SAM project (safety and acceptability of autonomous driving and mobility) project, is to develop an ecosystem of mobility services that are in line with the needs of users and communities.

The primary improvements lie in greater vehicle performance and a broader range of experimental opportunities to test new ways of using vehicles.

Since 2017, Rouen and Paris-Saclay have been designated by Renault Group to operate as testing sites for autonomous shared mobility with electric vehicles.

As such, Rouen Normandy Autonomous Lab has become a leading centre for open road tests in France and Europe. The first test phase was carried out on a 10km stretch of open road with 17 stops throughout the ‘Technopôle du Madrillet’, located to the south of the greater Rouen area. In partnership with the Transdev group, four Renault ZOE Cab prototypes were available for locals to discover and test autonomous mobility as they went about their day-to-day business, getting from point A to point B or to reach the tram terminal. Users hailed vehicles in real-time via a dedicated mobile app. A vehicle would pick them up at their preferred stop along the official route then drive them to their chosen destination.

The Paris-Saclay Autonomous Lab ran an experimental chauffeur-like service, testing out with autonomous, electric, shared, and autonomous ride-hailing mobility service for point-to-point trips across the urban campus. Passengers were taken to their chosen destination using the fastest and most direct route.

The Renault ZOE Cab prototypes developed for the Autonomous Lab tests boasted unique configurations that were adapted to autonomous transport of people: unique doors for easy access; a unique seating configuration in the passenger compartment, with a front passenger facing the rear for a face-to-face passenger experience; unique interface systems and on-board services, including a screen to remind everyone to buckle up before driving off.

A third experiment, known as ‘Tornado’, was run at the same time to explore autonomous mobility solutions in low-density peri-urban and rural areas, on a 13 km route between the Gazeran train station and the Bel Air business district in Rambouillet.

The good level of acceptability reported during the early experiments shows that autonomous, electric, shared, and autonomous ride-hailing mobility services are ideal solutions that are set to meet the needs of locals and communities looking for easy, efficient, and environmentally friendly mobility solutions. There were no major concerns reported during test that could be a major barrier in the future.

For Renault Group, the programs in Rouen and Paris-Saclay programs are now set to enter their second phase, with an extension of their experimental scope and an opening up to new uses. To that extent, they will use optimized Renault ZOE Cab vehicles. This second phase is an integral part of the SAM project (safety and acceptability of autonomous driving and mobility), as a response calls for EVRA projects (on-road autonomous vehicle experimentation) issued by ADEME (French Ecological Transition Agency) as part of the PIA future investment program.

In Paris-Saclay, the experimental service will be extended initially to cover commute-type routes for division-to-division mobility between the Polytechnique ENSTA campus, the urban campus, the Moulon campus, the valley area and the Guichet RER station. The experiment aims to cover 50 km of roads across a 500ha area, with speeds ranging from 30km/h to 70 km/h depending on the chosen road.

In Rouen, at the request of the local government, tests will be run throughout the Rouen city centre to experiment with an autonomous ride-hailing service for short trips using a network of pre-determined stops located across l’île Lacroix, the city’s administrative hub on the left bank, and the historic city centre.

The early stages of the second phase roll-out are underway with initial teething issues being worked through. The aim is to evaluate and develop new sensors and new software for Renault ZOE Cab prototypes, in order to successfully increase the speed first to 50km/h then 70 km/h. General public tests will begin in 2022.

The continuation of these experiments is a promising sign for the future of new mobility solutions and proves once again that Renault Group is fully invested in improving our daily lives thanks to its technology, know-how, and experience.

The SAM project: a national program of experiments in autonomous mobility
At the heart of the national strategy for the development of automated road mobility, the SAM project aims to improve safety assessment methodologies, and to better understand different use cases, acceptability, and societal impacts.The SAM consortium brings together 18 partners, a sort of ‘National team for autonomous mobility’, with:

The project is based on a common methodological approach. Industrial actors and operators engage in a range of experimental test runs of automated mobility and transport services for people and goods, in collaboration with the local governments: Ile-de-France, Montpellier, Paris, Paris-Saclay, Rennes, Rouen, Saint-Rémy-lès-Chevreuse, Toulouse, Vichy.
Research laboratories study and assess the results of these experiments.The ultimate goal behind the SAM project is to pool together a solid base of knowledge and expertise that will be shared with public authorities in order to better inform public policy and draft a state-of-the-art guideline for safety and acceptability.The main goals are:

to develop knowledge and understanding of use cases and systems by industrial actors, operators, regular citizens, and key players in local communities,
determine acceptability criteria and socio-economic benefits,
build the future regulatory framework, particularly in terms of safety assessments. 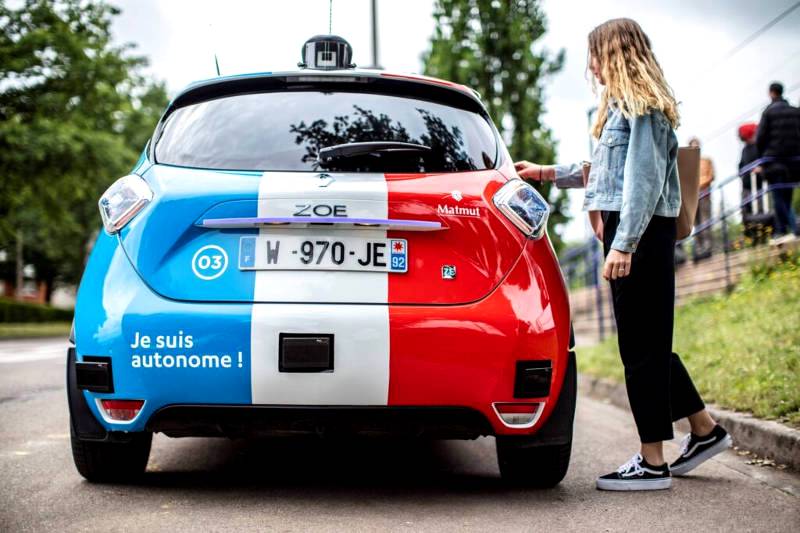 Passengers were taken to their chosen destination using the fastest and most direct route. 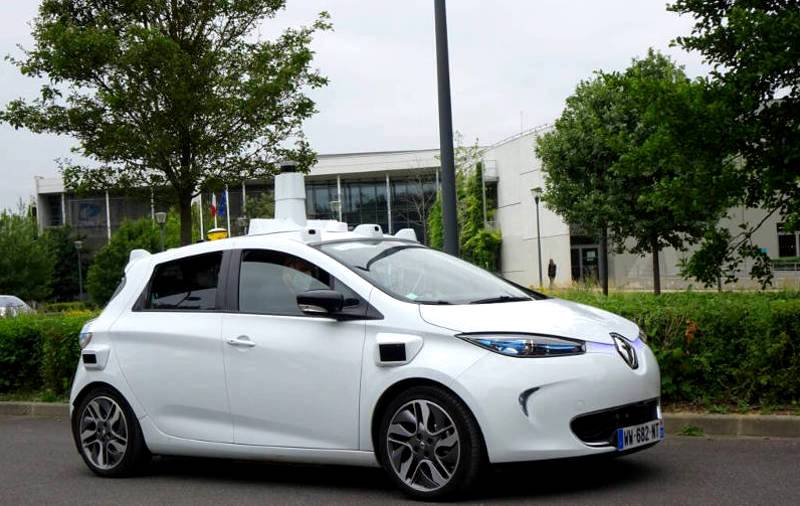 To that extent, they will use optimized Renault ZOE Cab vehicles