Last February, Kiger, Renault's small Indian SUV, tackled the demanding roads of the mountainous state of Sikkim on the edge of the Himalayas. Eleven employees from the Renault Nissan India technical centre participated in planning this extraordinary mission in the North-East of the country. The goal ? To put Kiger's toughness to the test.

Kiger really was pushed to the limit! From 15 to 27 February 2021, an Indian team made up of quality and durability engineers tested the robustness of Renault's new small Indian SUV on the Himalayan roads to study the strength of the chassis and wear on the vehicle's parts in extreme conditions.

On the starting line for this trip to the foothills of the Himalayas – three Renault Kiger equipped with various engines and gearboxes available as part of the range. The first two were equipped with 1.0 L engines, 72 hp and 96 N.m. of torque, one with a manual 5-speed gearbox and the other with an Easy-R 5-speed sequential gearbox. The third was fitted with a 3-cylinder 1.0 L turbo petrol engine with 100 hp and 160 N.m. of torque combined with a manual 5-speed gearbox.

On the starting line for this trip to the foothills of the Himalayas – three Renault Kiger equipped with various engines and gearboxes available as part of the range. The first two were equipped with 1.0 L engines, 72 hp and 96 N.m. of torque, one with a manual 5-speed gearbox and the other with an Easy-R 5-speed sequential gearbox. The third was fitted with a 3-cylinder 1.0 L turbo petrol engine with 100 hp and 160 N.m. of torque combined with a manual 5-speed gearbox.

Onboard, the employees of Renault's Indian technical centre who had volunteered for this real-life test got ready for a unique experience.
The journey began bumper to bumper in Gangtok, capital of the mountainous state of Sikkim. Then, the expedition wound its way along the bumpy roads around Gangtok. From Nathula in the East, a Himalayan mountain pass on the Tibetan border, to Damthang in the West. There, as in Mange further north, landslides spilt over onto the roadway. Stuck for several hours while the road was cleared, the team then reached Zero Point at Yumthang on increasingly steep, dusty and winding tracks, crossing Lachung and the Valley of Flowers National Park. Along the way, they passed yaks, blue sheep (bharals) and other wild animals that live at high altitude, grazing around hot springs.

Altitude sickness began to set in but the crew was well-prepared, consuming garlic, ginger and popcorn to help adapt to the conditions. At Zero Point, the last outpost of civilisation at the meeting point of three rivers, situated at an altitude of 4,663 metres, they were able to appreciate the spectacular panorama of beautiful scenery and snow-capped mountains.


Renault Kiger on a rocky track

The expedition then set a course for the sacred lake of Gurudongmar via Lachen. At 5,154 metres above sea level, it is one of the highest lakes on the planet. The crew were literally dazzled by its 118 hectare expanse of turquoise water, which freezes over in winter, and relished the moment for all it was worth, despite the -11 degrees displayed on the thermometer and spending the previous nights without heating due to the instability of the electricity grid.

When their stomachs were empty, the expedition members could only rely on the few pieces of bread and snacks they had brought "just in case" and the frugal food items gleaned in the rare shops along the way. It was enough, however, to share a moment of conviviality gathered around the fire in a magnificent setting.

The mission was full of emotions that created lasting bonds. Beyond the excellent teamwork that helped them overcome all the constraints and challenges imposed by the journey and the tests they performed, they will never forget the wonderful moments of camaraderie and the breath-taking scenery.

The members of the expedition warm up around a campfire


Despite the difficult conditions – traffic jams, rough roads and winding tracks, frequent dust clouds, the isolation of some sites, steep inclines, extremely high altitude and sub-zero temperatures – the expedition was a success.

Many robustness and durability tests were performed. Special attention was paid to the rigidity of the subframe and the structure of the bodywork. Noise, vibration and dust penetration measurements were taken while driving. Cold starting, vehicle behaviour on dirt roads, rough roads and downhill tracks, uphill acceleration performance, handbraking and steering and all of this in real-time.

Numerous robustness and durability tests are carried out on Renault Kiger

The results of this real-life test were more than satisfactory. Nothing stopped the three Kigers, which showed themselves to be just as well-suited to the urban jungle as the extreme conditions encountered in these wide-open spaces.
None of the three vehicles broke down and the experiments carried out revealed good performance despite the high altitude on all road types.
A very complete vehicle despite its compact size of 3.99 metres, weight of 1,012 kg and five seats, the Renault's small Indian SUV met the challenge of the Himalayas!
Supported by local dealerships and people encountered during the expedition, this Himalayan adventure, which will always be remembered by those who participated, has shone a bright spotlight on the Renault Kiger, marketed in the region since spring 2021.

A Himalayan adventure, which will remain in the memories of the 11 employees of the Renault Nissan Indian technical center 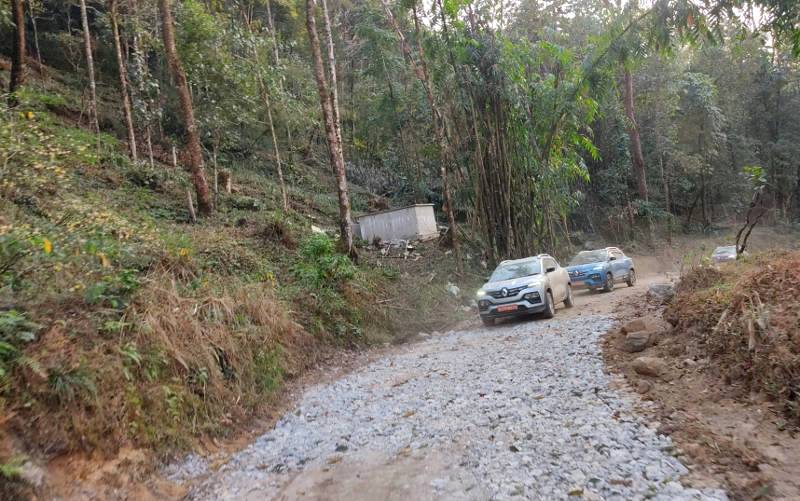 Renauit kiger on a rocky track 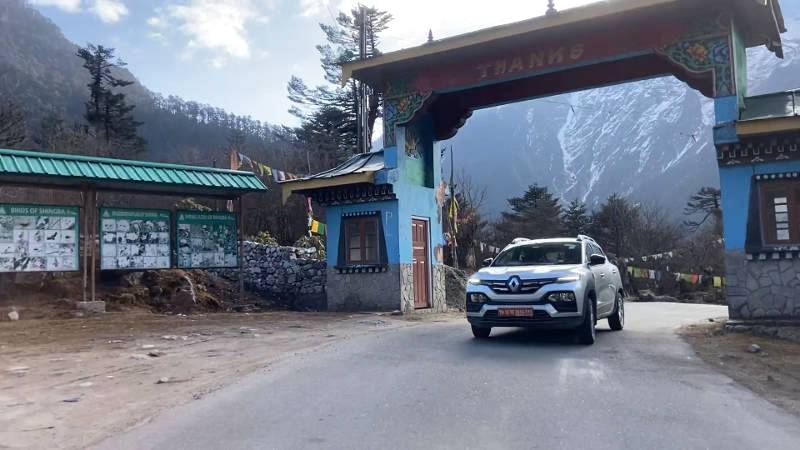