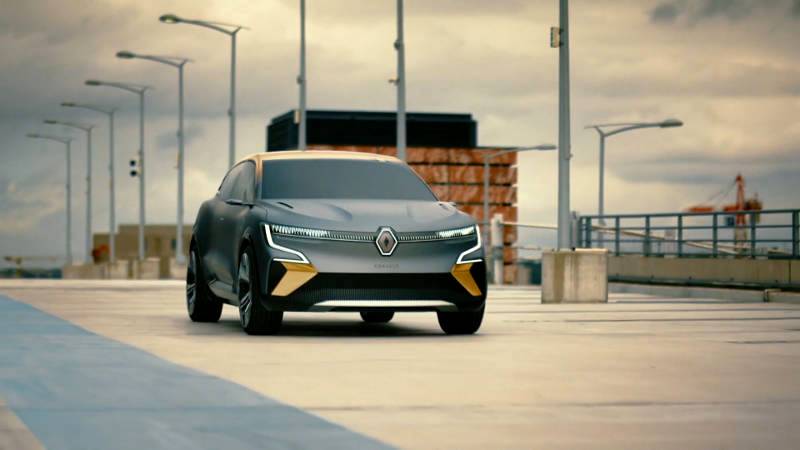 The future Mégane E-TECH Electric will inaugurate the new generation Renault VSP
My role is to set a course. I rely on the rich feedback from our customers and on current trends to write the sound specifications that describe the desired environments and evocations that will chime with our brand identity. 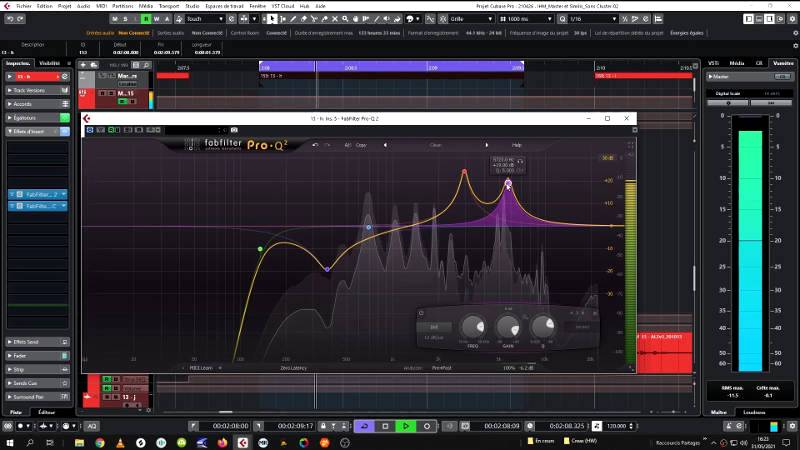 Since the very beginning of the development of Renault’s first electric models, a series of new and fascinating questions have arisen about the characteristic silence of the way they work. How do you warn pedestrians of the approach of a vehicle that has an engine that makes almost no noise? How do you produce an audible warning that is both effective and benign? How do you create a signature sound design for electric vehicles that is exclusive to the brand? Laurent Worms, the Audio Strategy Manager at Renault Group, tells us about the process for creating what is known as a VSP. And to explore the voices of the electric vehicles of the future, a visit to Renault Group’s long-time partner, Ircam (Institute for Research and Coordination in Acoustics/Music), is a must!
BY STEPHANE LAROCHE

It might seem paradoxical to add a sound to an electric vehicle that is, by its very nature, silent and, therefore, virtuous on a sonic ecology level. However, safety requires it. With no external warning sound, pedestrians can’t hear electric vehicles approaching at low speeds. Drivers also tell us that they need to be audible in all circumstances, especially in town. Named VSP (Vehicle Sound for Pedestrians), this warning is a requirement on electric vehicles, so has to be one of the parameters in their development. If “warn by reassuring” is the priority, the challenges of sound design open up lots of opportunities and fascinating paths.

What strikes you when you are in an electric car is the silence. We want to disguise this silence with a voice.

Audio Strategy Manager, Renault GroupIt might seem paradoxical to add a sound to an electric vehicle that is, by its very nature, silent and, therefore, virtuous on a sonic ecology level. However, safety requires it. With no external warning sound, pedestrians can’t hear electric vehicles approaching at low speeds. Drivers also tell us that they need to be audible in all circumstances, especially in town. Named VSP (Vehicle Sound for Pedestrians), this warning is a requirement on electric vehicles, so has to be one of the parameters in their development. If “warn by reassuring” is the priority, the challenges of sound design open up lots of opportunities and fascinating paths.

What strikes you when you are in an electric car is the silence. We want to disguise this silence with a voice.

The sound of silence
Since its very first electric concept cars, Renault has been a pioneer in the development of a specific VSP. It became a reality in 2012, with the production version of the ZOE, which had a warning sound that had to declare, “I’m electric, I’m cutting edge, I’m a Renault”. It also had to be a sound that evoked Renault and its benign, human-focused values; a signature sound that would later be used on other Renault electric models. “The idea is, of course, to warn pedestrians without scaring them! At the same time, we have to make a positive association between this warning, electric cars and the Renault brand”, says Laurent Worms.

Today, Renault is preparing a new generation of electric models which are derived, in particular, from the Mégane eVision and R5 Prototype show car. These models too require their own external sound of tomorrow. A sound developed, like the first one, by the Perception and Sound Design research teams in the studios and hushed labs at Ircam in Paris.

Ircam's studios and labs are an ideal place for sound creation

A well-written score, finely tuned instruments
Because sound design is all about teamwork. It requires vision, technical skill, patience and attention to detail. It brings together many Renault Group disciplines, including those in the Product, Design and Engineering departments. It also calls on outside partners and experts to arrive at the creation of a VSP. It is worth remembering that the partnership between Renault Group and Ircam began in 1994, well before Renault opted for electric as its future in the automotive world. Since then, it would appear that this historic link has helped to inspire several vocations: Laurent Worms and other employees learned their trade at Ircam before joining Renault in the cutting-edge field of applied acoustics.


For the sounds of future electric Renault models, the historic link with earlier productions has to be maintained, and developed. Ircam has skills in basic research, acoustics, music and sound that are so appreciated for this type of industrial application and its baggage of constraints. Under the leadership of Nicolas Misdariis, Director of Research and manager of the PDS teams, and Andrea Cera, a composer and sound designer who has worked with the PDS teams for many years on, among other things, these issues of sound design for vehicle, the work was able to begin.
The first stage of a project of this importance consists of understanding the technical, ergonomic, functional and identity aspects of the industrial requirements. In other words, it needs to answer the question: what is the required and desirable personality for the external sound?
These initial data are relayed in briefing sessions on these various aspects, using media such as words, images, sound libraries and even noises themselves that express, each in their own way, the evocations and emotions that are the target of the coming sound design effort.

This work is part of a long history of collaboration and it benefits from the feedback and experience from over ten years. This means we can define and consolidate strong concepts such as intrusiveness. The goal is to meet an essential need of sound ecology: to make the sound as unobtrusive as possible inside the vehicle, for greater comfort.

Mixing the sound material with adapted rhythms and modulations requires extreme precision
The expressed intentions must then be converted into audible materials using instruments and real (recorded) sounds or synthetic computerised sounds, whilst applying the fundamental rules of harmony. We know, for example, that a major or consonant chord will, better than any other, create a feeling of relief or joy… Conversely, a dissonance, however slight, in this type of chord will immediately suggest a tension… Watch out! A duality that will prove useful for a sound such as a VSP.
So the sound designer composes with these sonic materials, blending them into a harmonious mix. Next come the rhythms and modulations that will provide one of the key components of the VSP, namely sonic interactivity, by adapting to the movements of the car and thus contributing to the design of a unique, living, dynamic, signature sound.
A well-led orchestra
After the research stages, several directions or proposals will emerge. At this stage, questions and doubts are going to crop up. Everyone is at risk of basing their assessment on their own tastes. This is the first trap. A further trap would be to seek to reconcile every - inevitably irreconcilable - opinion. Throughout the project then, the role of customer sound experience manager is to ensure and defend the consistency defined upstream in the teams. In fine, when decisions are made, it is essential that the undertaking take on the strong, even contentious, character of the chosen signature sound. That is the basis for a distinctive sound, and one that is likely to prove itself over time. And that is the stance adopted by Renault.

The future Mégane E-TECH Electric will inaugurate the new generation Renault VSP
The last word goes to Laurent Worms: “My dream is that the sound signature on future Renault electric vehicles will create an emotion akin to the effect of a seductive perfume, whilst contributing to an improved sound environment for the city of the future.”
We wish all the best for the teams who led the development of this new sound, which we'll soon discover with the All-new Mégane E-TECH Electric!

Laurent Worms on stage (Styledimage vfx)
Laurent is passionate about sound design and new audio technologies. Behind the engineer with a postgraduate diploma in acoustics for music, awarded by Ircam, stands a freelance multi-instrumentalist muso. When he can, Laurent goes on stage to sing and play electric guitar with a pop/rock covers band. Laurent also composes music on a computer, combining analogue and digital technologies. Now that’s what you call combining passion for sound at work and play!

Renault Group and Ircam: a partnership of over a quarter of a century
Founded by Pierre Boulez, the Institute for Research and Coordination in Acoustics/Music is linked with the Centre Pompidou under the aegis of France’s Ministry for Culture. Since its creation in 1977, Ircam’s key mission has been to encourage fertile interaction between scientific research, technological development and contemporary music creation. These fields provide the main framework for all of its activities at the STMS laboratory which, with its seven research teams, houses the various components of the sound and music sciences and technologies.
For Renault Group, Ircam has been working since 1994 on subjects as varied as engine sound quality, audible warnings, the passenger compartment soundscape and external vehicle signatures. More recently, Ircam and, in particular, Andrea Cera and Nicolas Misdariis, have worked on research sound projects associated with the Renault ZOE and the DeZir, Frendzy, Twin Z, TreZor and SYMBIOZ concept cars. 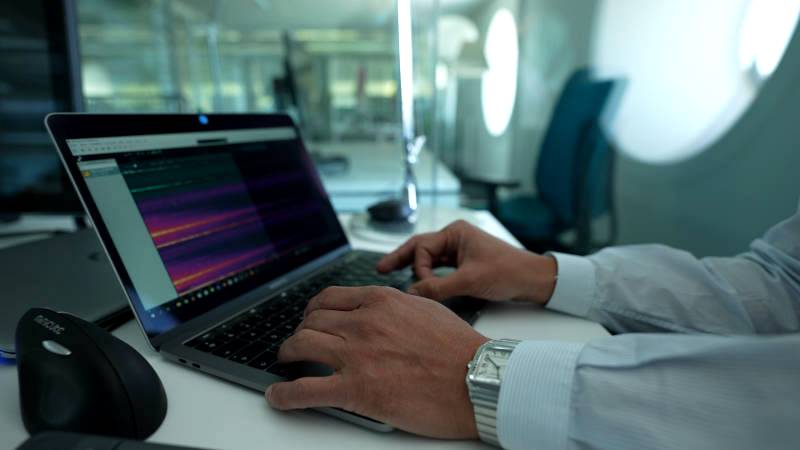 Ircam's studios and labs are an ideal place for sound creation